Outlaw Dave always has and always will I suspect, support Houston area musicians and bands. And the Cleveland Steamers are proof positive of that. Read more 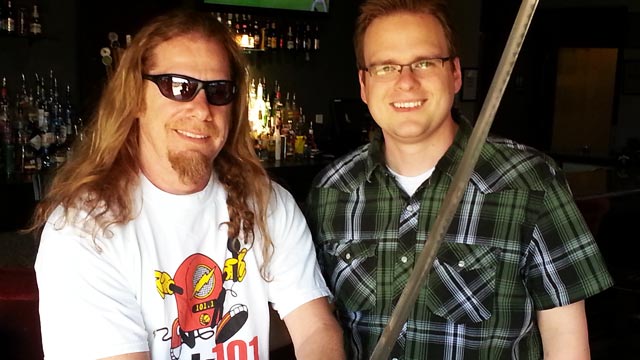 Outlaw Dave with 101 KLOL Runaway Radio shirt on with director Mike McGuff in 2014.