Donna McKenzie and the Corvette giveaway 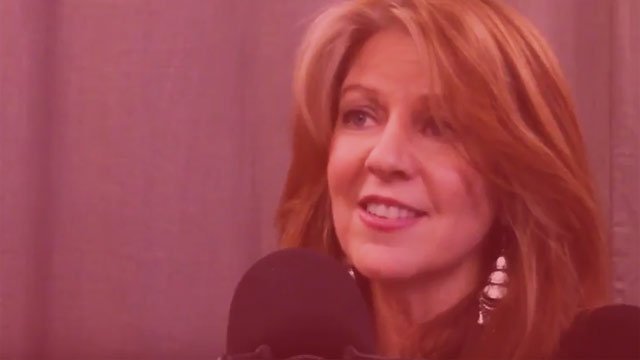 In the fourth episode of Runaway Radio Rewind, the new video podcast from the former staff of KLOL’s rock days, McKenzie talks about one scary moment driving one of the Corvettes to a Rock-n-Roll Up Your Sleeve Blood Drive location.

One of the things that KLOL was famous for was rolling out all these Corvettes. We gave away Corvette, after Corvette after Corvette, and it was just whipping the city into a frenzy. And so I think we had like 8 to 12 corvettes that we would give away every year. And so I got to drive one of them and it was also during the time that we were doing the annual blood drive. (The Rock-n-Roll Up Your Sleeve Blood Drive).

And my red Corvette was the Blood Mobile.

So I’m on my way to blood drive in the Blood Mobile going up to 249 before it got expanded and redone. And somebody tries to slam into the back of the truck next to me at a light and I went up over the curb to avoid hitting this car [and] wound up on another street. Totally crunched in the front end and the side door. I’ll tell you what that cockpit was pristine. You know, I think I probably hit my head on the side, but I didn’t really have any lasting injury, but I still had to go to the event.

You know and so what happens when you give away these Corvettes there was a massive bash and it was in The Summit at the time. And so they rebuilt the car and it got, you know, awarded and I signed the bumper and they gave it away.

And so for years somebody would call me and say I’m driving your Blood Mobile. I have got your signature on the back of my car you know. And that was pretty cool.

I was terrified. You know, I thought like this is going to be so so bad. But it wasn’t. It was quite memorable.

MORE FROM DONNA MCKENZIE
How Donna McKenzie turned off 101 KLOL