On January 27, 2005 at noon, a new rock station was about to debut on Houston radio. (listen to the format flip here from KRWP-FM)

Still in mourning, Rock 101 KLOL fans were lost in the radio wilderness. Their beloved station had just flipped formats to Mega 101 on November 12, 2004.

Petitions were circulating for KLOL’s rock return. Listeners looked for a new FM signal to bring back the radio to the Bayou City.

Suddenly, it appeared radio-owner Cumulus had ridden into H-town to give KLOL fans the next best thing – essentially a clone.

Fans who mourned the loss of KLOL-FM have reason to rejoice.
There’s a new rock station in town.

In a not-so-subtle jab at KLOL, which for 35 years billed itself as “The Texas Rock ‘n’ Roll Authority” before switching to a Spanish hip-hop/reggaeton music format aimed at a young Latino audience two months ago, the new station’s call letters are KIOL.

At noon Thursday, Cumulus Media flipped the former KRWP-FM Power 97.5 urban contemporary station to Rock 97.5. The first song played was AC/DC’s For Those About to Rock (We Salute You). 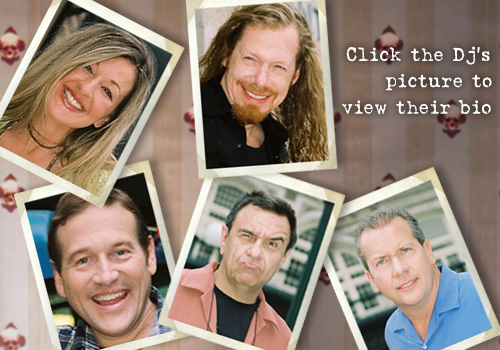 In May, when KIOL moved to 103.7, KFNC FM News Channel 97-5 debuted and brought back other former KLOL stars. Jim Pruett and Brian Shannon (who played Eddie “The Boner” Sanchez) returned with news anchors Laurie Kendrick and Martha Martinez along with sports anchor Craig Roberts (also of KPRC 2). (listen to the change here)

It would be the closest thing to a Stevens and Pruett reunion Houston radio listeners would get. Mark Stevens didn’t re-unite with Pruett, bud did return to host a food show with Cleverley Stone on the weekends.

Even with the dream team assembled, things weren’t as rocking as listeners might have thought.

According to 101 KLOL and 107.5 The Buzz founding father, Pat Fant, who ran the new KIOL, the station never had a chance.

In his interview for the 101 KLOL documentary, Fant told director Mike McGuff, the poor signal was too much to deal with:

And it’s a format that would’ve worked, but the signal was horrible, still is horrible. The signal comes from a transmitter site halfway to Beaumont. It’s 55 miles east of downtown Houston. So, FM just doesn’t do that well. It just doesn’t go that far. So really anywhere from the Galleria on west, it’s real hit and miss.

Second problem was six months after it, the company that owned 97.5 said, ‘We have this great new tower, channel, coming, 103.7, and the signal is just a flamethrower. Just absolutely fantastic. It’s a huge signal, and it’s coming, and we’re going to move it over there. So, when you move a frequency that you just put on the air six months ago ‑‑ now we’re going to move ‑‑ you start all over again trying to move the audience down the dial with you.’

And the problem was we moved to a worse signal. And the expectations were so high, even the logo that I had done for 103.7 said ‘New Tower More Power,’ which was eventually taken off, because it was embarrassing. The signal was worse. It’s from a transmitter site in the same neighborhood that is subject to interference from Corpus Christi at 103.7 and, point is that the signal was so bad that it sounds stronger in Lake Charles, Louisiana, than it does in Houston, Texas, and that’s a fact.

So, based on that, the station never had a chance. Because one thing about 101 was that we always had a very, very good market signal. The market coverage was terrific. But when you try to reinvent it, and no one can hear it, the disappointment is just overwhelming. People were very excited about it. I was excited about it. And we put it at 97.5, which was OK, but boy we couldn’t wait to move to the big new signal, which turned out to be worse than what we had. So, not only did we have to change dial position after six months of we just brought it back, but changed to a worse station and people just got tired of trying. This is just, ‘What is this, how come I can’t hear it?’ And they were disgusted by it.”

– Pat Fant talking to Mike McGuff for the 101 KLOL documentary 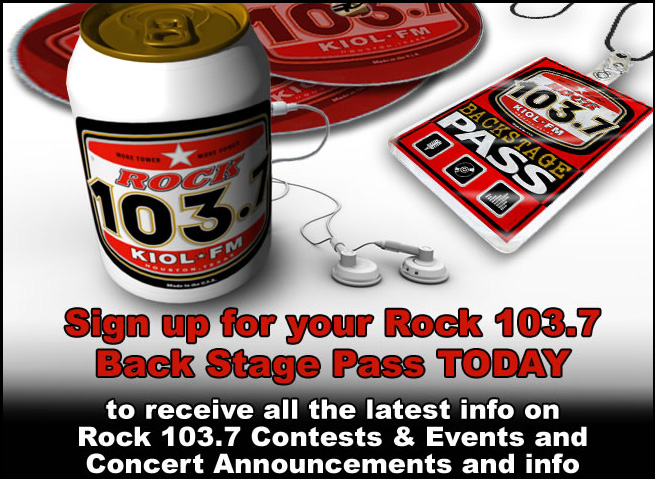 Another problem, Fant didn’t feel he had enough control over the station. The former owners of KLOL, the Jones family, let Fant have a ton of artistic freedom. What Fant wasn’t used to, by the 21st century, radio companies had become more corporate.

You have none of the traditional control of the entire operation that I’m used to having. Where I’m going to design the product, the promotion, the sales packaging, the way it all fits together, the tone of it, the personality.

‘No, you just go out and find a new advertiser and let that programming side take care of itself. We’ll send you all that information from the home office in Atlanta. And here’s the records you’ll play because we’ve tested these records on an auditorium of people and we know what they want to hear.’

It’s a joke. It’s an expensive joke. And it’s put them out of business.


– Pat Fant talking to Mike McGuff for the 101 KLOL documentary

Rock 103.7 KIOL lasted for another two years before flipping to the jockless JACK format on August 31, 2007. (listen to the flip here)

Houston will be the seventh market in Texas and the fifth top 10 market in the country to add Jack FM, which formats about a thousand songs by 500 artists in 18 genres of music dating from the late 1960s through today.

After three years, Air1 bought the station. The religious broadcaster flipped formats to the organization’s Christian CHR format which remains on the frequency to this day.