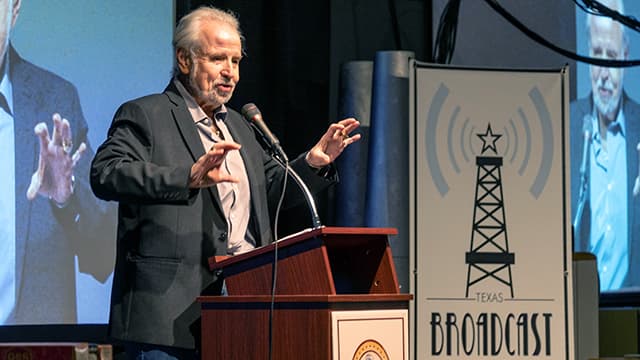 The Texas Radio Hall of Fame’s Annual Induction 2022 Ceremony and Radio Reunion Weekend brought hundreds of broadcasters along with their fans, friends, and families, to the Texas Museum of Broadcasting and Communications in Kilgore, TX.

And we have to point out on this site that 101 KLOL and 97 Rock were representing!

On the 97 Rock KSRR only side inductees include:

The festivities kicked off at Noon on Saturday, November 5, 2022 and were followed by an after-party reception at a restored 1940’s era post office.

Highlights of the day included and update from TAB President Oscar Rodriguez and comments from family members of the late Joe “The Godfather” Anthony, inducted posthumously in the Class of 2022.

The event, which was live streamed on PickleJar, featured the announcement of new TRHOF scholarships from Radio One and YEA Networks’ Kidd Kraddick Show, along with the introduction of TRHOF’s new alliance with the Texas Music History Trail.

TRHOF Executive Director Doug Harris shared the stage with Ezra Charles, Chairman of the Texas Music Library and Research Center, for the historic signing of the charter.

KLOL Christmas recipe to knock you off your feet